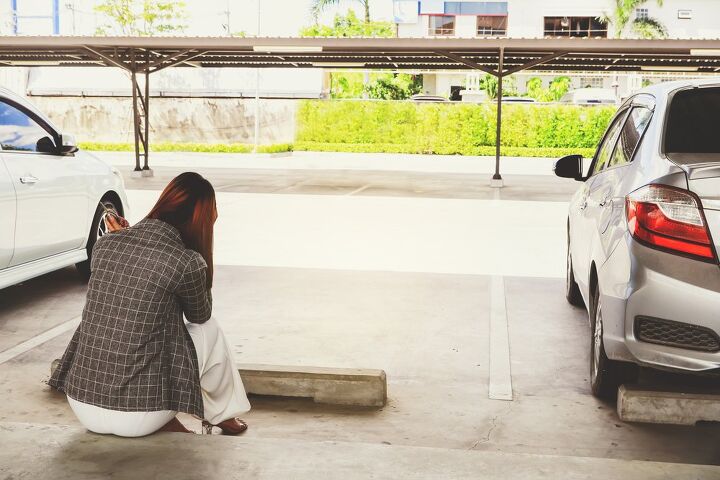 Following an internet trend that proliferated on TikTok over the summer, there’s been an alleged surge of vehicle thefts targeting Kia and Hyundai products. The issue reportedly began with a video tutorial recorded in Milwaukee showing how to steal the cars by shoving a connected USB cable into a cracked-open ignition. But the resulting problem has spread to major cities across the country, often with rowdy teens – known as “ Kia Boyz” – taking random cars for little more than joy rides.

It’s starting to look like a rather serious problem, with there being more coverage every single day, though this is hardly a new phenomenon. In high school, your author learned that you could start tons of old cars with little more than a flathead screwdriver, a vendetta against the steering column cover, and a little trial and error. Some models didn’t even require you to access the ignition wiring if the keyway had seen enough use.

Knowing a vehicle’s vulnerabilities is an essential part of thieves making a living, so they tend to share information. On a long enough timeline, this data gradually makes its way to the general public. But the potential reach for all information has grown by leaps and bounds due to the internet. When the conditions are right, something can reach millions of people in a matter of hours.

That doesn’t mean TikTok deserves all the blame here, however. Despite arguably being the most unsavory and vapid social media app yet to be invented, and famous for idiotic trends similar to the “Hyundai/Kia Challenge,” the vulnerability was similarly amplified by news media spending a large chunk of the summer sharing the story.

Want to know how to steal cars? Find out at eleven!

It’s also difficult to attribute surging car thefts exclusively to the related social media challenge. Automotive crime is up across the board this year, with many criminals opting to steal pieces of the vehicle rather than the whole shebang. We’ve seen catalytic converter theft skyrocketing all year and there was even a stint where people were robbing fueling stations to sell black market gasoline on the West Coast. Crime is up everywhere in America, with no sign that it’ll be slowing.

That said, data from the Milwaukee Police Department has shown Hyundai and Kia models as becoming a preferred target for car thieves. In 2019, the city saw 3,495 stolen vehicles – 6 percent of which were wearing a Hyundai or Kia badge. By 2021, that number had jumped to 10,471 vehicles – with 67 percent being a Hyundai or Kia product. That’s not only a massive increase in generalized automotive crime but also some very compelling evidence that the USB vulnerability has influenced which cars are getting nabbed.

According to Car and Driver, the National Insurance Crime Bureau (NICB) doesn’t have either make listed among its top 10 most stolen vehicles for 2021. But Chicago and Saint Petersburg, Florida, both endured a 750-percent (or higher) increase in vehicle thefts last year and reported that at least 40 of those vehicles were manufactured by Hyundai or Kia.

What does this mean? Probably that word hasn’t gotten around to everyone yet or that these cities just have a group of extremely motivated thieves that already know about the exploit. Hell, our discussing it here will probably encourage a few more people to go out and learn about the vulnerability. But sharing knowledge is also the only way to resolve this issue, likely at some cost for the Hyundai Motor Group.

Media outlets are criticizing the company for not installing immobilizers into more vehicles. While these devices aren’t foolproof and can become extremely annoying when they eventually fail, they would certainly offer another layer of protection. Frankly, installing a kill switch that only you know about seems like the best way to go. But that’s not a realistic option for everyone, especially if you don’t actually own the vehicle you’re currently driving or had hoped to keep the warranty intact. So we’re back to Hyundai and Kia – both of which have complied with Federal Motor Vehicle Safety Standards already.

Considering the bad press, Hyundai is eager to assuage any fears customers may have moving forward and has promised that all vehicles (manufactured after November of 2021) will be equipped with ignition immobilizers. In October, the company will also begin selling a Firstech/Compustar security kit which they claim targets the method of entry thieves are using. Meanwhile, Kia said it would also be adding immobilizers to all vehicles later this year and that a majority of its current models come with key-fob and push-button start, which it claims makes them harder to steal in general.

Worried about your vehicle? If so, you should know that the USB trick is only supposed to work on select Kia products from the 2011-2021 model year and Hyundai vehicles from MY 2015-2021. Law enforcement has likewise recommended some preventive measures you can take, the dumbest of which is advising people to not leave any USB cables in their car. Everything else is probably stuff you’ve heard before – things like not leaving the windows down, considering the safety of where you’re parking, and buying an alarm system. But you can probably avoid ever having your car stolen by simply owning something with a clutch pedal, as modern thieves never seem to know how to drive a manual transmission automobile.