Opinion: Cadillac is Making a Mistake With the Ultra Luxurious 2024 CELESTIQ, a $300,000-plus Liftback 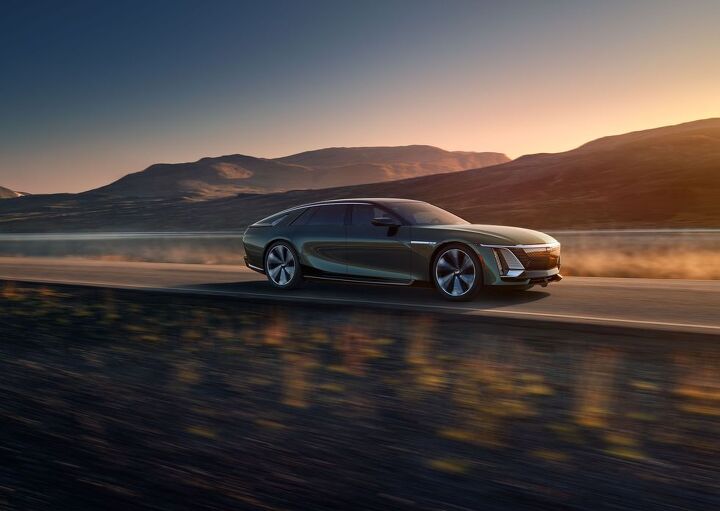 As we just reported, Cadillac has just released some more information about their upcoming flagship, the elegantly named and always capitalized CELESTIQ. Set to arrive for the 2024 model year, Cadillac promises its new halo five-door will be unlike any EV ever built previously, and single-handedly restore Cadillac to its former “Standard of the World” status. I really don’t think so.

We reported on the Celestiq (we’ll use normal capitalization here forward) back in July when Cadillac unveiled pictures and very limited information about its new ride. At the time Celestiq was still considered a show car, but now the production-ready version has been unveiled. In yesterday’s PR release, the company breathlessly explained in lengthy prose how excellent the Celestiq will be.

“The Cadillac Celestiq is a handcrafted, all-electric, ultra-luxury flagship that reestablishes the iconic brand as the Standard of the World, while serving as the flagship for the brand’s electric future.” There’s that term again, Standard of the World. Something Cadillac’s marketing people came up with in 1908 to refer to reliability and parts interchangeability. Since then the brand has referred back to the slogan many times over. It was likely accurate for the last time circa 1955.

Amongst a tale of forward-looking EV design, legacy, personal luxury, bespoke builds, handcrafted quality, and several more uses of the term “iconic,” Cadillac gets down to explaining the core of the Celestiq. More important than the car itself is the experience promised in ordering one.

Much like other ultra-lux offerings from the likes of Bentley and Rolls-Royce, the Celestiq will be “personally commissioned” like a piece of fine architecture. Cadillac ensures no two will be alike, which will certainly make trim replacements fun in the future. Customers of utmost wealth and provenance will take time from their management of mixed securities and equity instruments to work with a bespoke ordering sales representative at their local Cadillac dealer.

The sales representative will take time out from doing a four square on the CT5 and Escalade to assist the customer in realizing their unique vision for a Celestiq. It’s stated that almost everything is made-to-order on the Celestiq, which makes for an almost incalculable number of combinations.

As stated on these pages previously, Cadillac plans to ask a lot of money for Celestiq. When it enters production in December 2023, its MSRP will “…begin north of $300,000 and increase based on level of personalization.” But since all of them are made-to-order and the customer Has It Their Way, there won’t really be many sold at base price. The final paragraph says the Celestiq will be available by waitlist only. Want to go look at one? Tough luck.

And that’s just the start of the issues for Celestiq. Though it sounds impressive on paper, I’m not quite sure there’s much of a case in the real world for Celestiq. While Cadillac is well-known for the Escalade (pretty expensive), the company’s other products (CT4, CT5, XT4, XT5, XT6) are far from the halo or ultra-lux space. Cadillac has decided to reach right past its colleagues, straight into the super lux territory of Rolls-Royce. We can’t include Bentley here, as Celestiq’s base price stretches well past that of the most expensive Bentley (Continental GT), which starts at $202,000.

I can see an immediate issue with such a jump. The sort of customer who’d order a Celestiq is very different from the sort who’d visit their local Cadillac dealership. The idea that such a customer would suddenly want to spend time with their Cadillac dealer, even if the experience comes with a separate concierge, doesn’t quite hold water.

The Standard of the World tagline is over 100 years old at this point, and doesn’t mean anything to the majority of the populace. But behind the slogan is the “halo” effect: That the Celestiq will bring prestige back to the brand, and trickle such feelings down to the rest of the lineup (which will soon be full of EVs). But this isn’t the first time in modern history Cadillac has attempted a high-dollar halo vehicle.

In the late Eighties (1987) as customers fled the brand and headed to European marques, Cadillac introduced the Allanté. A halo convertible designed by Pininfarina and built in Italy, it was meant to compete with the likes of the Mercedes-Benz SL. A front-drive car, the Allanté was built on a shortened version of the very mediocre Eldorado platform. It was powered by the company’s 4.5-liter transverse V8 and was plagued by electronic issues, among other things.

The build process was complex and convoluted and included custom-ordered jets to bring the Allanté bodies from Italy to Detroit. Customers saw the Allanté for what it was, and only domestic diehards purchased one. Over seven years of production, Cadillac sold 21,430 Allantés. And though it was canceled after 1993, Cadillac attempted a similar halo convertible a decade later with the XLR.

Another two-seat roadster, the XLR was designed and built in the U.S. alongside the Corvette upon which it was based. Cadillac used the Corvette platform and applied its own body and interior, though the two cars shared many parts. Cadillac skipped the Corvette’s excellent LT V8 and used the 4.6-liter Northstar (of ill repute) instead. Again, it was declared the halo XLR would bring customers back to the brand, and add excitement to the company’s 2000s lineup (CTS, STS, DTS, Escalade).

Again, Cadillac’s attempt at a halo was not successful. The XLR was produced between 2004 and 2009, but consumer interest waned to the extent that it took through 2011 to sell them all. All told, just 15,460 XLRs were produced.

Both these prior Cadillac halos had several things in common: They were produced on a shared GM platform with their own bodies and interiors, they were both of the “luxury roadster” genre, and they both asked around $100,000 adjusted for inflation at the time of sale. And arguably, both of them were made at a time when Cadillac had more luxury credibility with the general public than it does now.

Cadillac does not have an issue selling the Escalade, which asks between $80,000 and $105,000, and it’s arguably what has kept the brand afloat for the past couple of decades. However, the buyer of the $90,000 truck-based SUV is very different from the buyer of the $300,000 EV liftback.

Attempting a halo is fine, and I’m not suggesting Cadillac should never reach for one. However, such a car should ideally be within reach of the brand’s usual customer, even if they have to stretch for it. Such was the case with the Allanté and XLR, as both were conceivably within the budget of the upper-end Cadillac customer.

Further, both cars were readily available at dealers and appeared on the showroom floor amongst their lesser siblings. The only way a current Cadillac buyer would know about the Celestiq is if they found out about it online, or happened to see one of the few examples in the wild. And would that make them think “Wow, I want to go check out a Lyriq/CT5/Escalade now?” Unlikely.

The reverse, that some Rolls-Royce customer would want to suddenly stoop to a lowly Cadillac seems equally unlikely. I suppose time will tell, but I’d advise Cadillac to stick to a manageable, realistic halo vehicle. They already have it, and it’s called the Escalade.