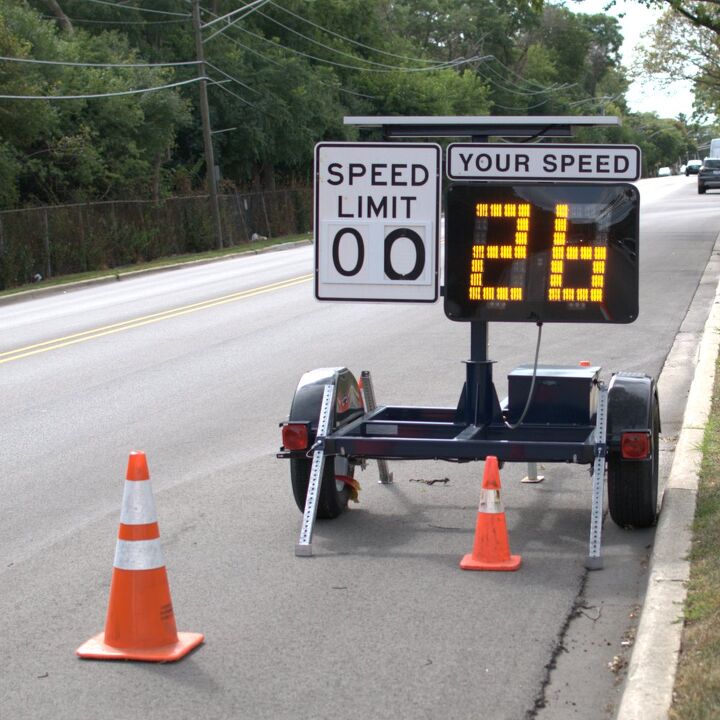 Per capita roadway fatalities have seen dramatic increases over the last two years and the National Highway Transportation Safety Administration (NHTSA) has suggested that 2022 might actually end up being the deadliest year it has ever recorded in regard to the total body count. So there are a lot of people in politics that have concerned themselves with getting those numbers down. Unfortunately, the solutions are often to leverage more of the technology that data is starting to show might have gotten us into this predicament in the first place.

Manhattan State Senator Brad Hoylman (D-NY) introduced just such a bill on August 12th, one that would effectively require all new vehicles to incorporate some form of speed-limiting technology by 2024 and direct the Department of Motor Vehicles to establish new rules for all transportation over 3,000 pounds. Considering that even teensy hatchbacks like the Mini Cooper already clock in dangerously close to that threshold, such a law would impact just about everything with four wheels that’s bigger than a Mazda MX-5 or Nissan Kicks.

The bill ( S9528) stipulates that modern vehicles provide “direct visibility of pedestrians, cyclists and other vulnerable road users from the drivers [sic] position.” This is being done in an effort to curb pedestrian fatalities that have been on the rise in most major cities. But there’s a lack of clarity in terms of how that would be implemented. Studies have shown that full-sized, flat-faced pickups and SUVs often have a blind spot just ahead of the front bumper – meaning they’d either have to be redesigned or implement some kind of camera system that would display the area to the driver. But the same could be said of the zones directly beside and behind almost every vehicle, presumably requiring an array of cameras and screens.

Vehicles sold in New York State would also need to have the latest advanced driving aids – things like lane keeping, automatic emergency braking, and blind spot monitoring – to pass muster after 2024. That’s in addition to the speed-limiting technologies that are at the forefront of the bill. New York City has actually been piloting an “Intelligent Speed Assistance” (ISA) program that uses a vehicle’s GPS and software capable of reading road signs to electronically limit its speed based on its present location. It sounds like a novel concept but it’s actually not. The European Union is actually requiring all new vehicles to have some form of ISA after July 2024.

However, Hoylman’s proposals have some strong headwinds to confront. Americans generally don’t like anything that curtails their freedoms and New York doesn’t actually have any formal jurisdiction over what everyone else drives. However, Hoylman has suggested that NY could become a trendsetter similar to how Californian legislation has fundamentally influenced national emission laws. Hell, it wasn’t more than a few years ago when select automakers were lining up to proclaim that they would be shunning federal standards set by the Trump administration in favor of whatever limits the California Air Resources Board (CARB) said would be permissible.

“We think that, if New York goes first, we could push the marketplace and have an effect across the country,” he told Streetsblog in an interview, adding that the present “patchwork” where only some cars have the latest technology was unacceptable.

But adding such systems could add thousands to the base price of many automobiles during a period where vehicles have already grown prohibitively expensive. Your author is also unconvinced this will move the needle on pedestrian fatalities when there’s mounting evidence that a lot of the technology that’s in modern cars actually encourages distracted driving. That, combined with the fact that cars have been getting heavier, certainly hasn’t given foot traffic the edge at intersections. Meanwhile, I have my own theory that accident rates frequently seem to track with economic strife in a manner that mimics crime rates. Substance abuse is also way up in the United States and has undoubtedly played a factor in the elevated fatalities witnessed since 2020.

Blindly regulating more tech in cars could end up being counterproductive if those systems rely on a distracting interface or consumers decide it’s just too invasive to live with – which it probably will be. A lot of these urban initiatives designed to fundamentally change how we travel have backfired already, frankly. Senator Hoylman even seemed conscious that NYC had failed with Vision Zero – an earlier safety program brimming with buzz terms like sustainability, equity, mobility, and stakeholders – that lowered the citywide speed limit while adding more bike lanes, traffic cameras, and automated tolls.

“The impetus of the bill is the failure of the promise of Vision Zero,” Hoylman said, adding that NYC endured 273 traffic deaths last year. That represents a noteworthy increase since Vision Zero was introduced in 2014, despite reduced fatalities being the program’s main goal.

Hoylman’s staff said that they are presently seeking an Assembly sponsor for the bill and would be holding hearings on it when the legislature comes back into session in January.