Ford Increases Mach-E Prices So Dealers Don’t Have To 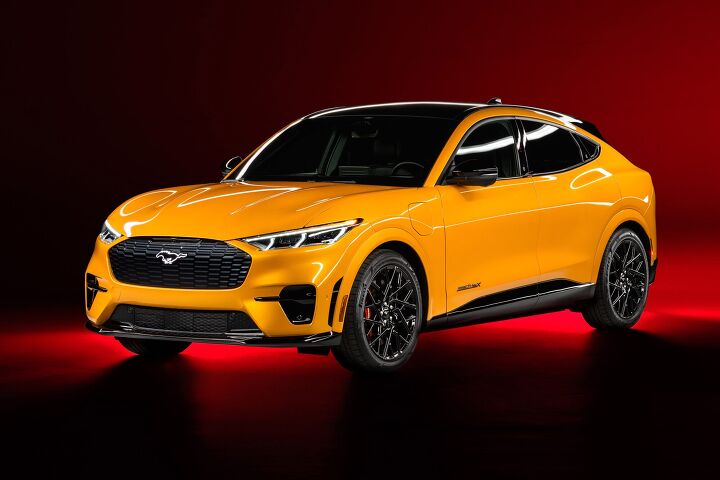 A common knock on dealers these days is the propensity for some of them to slap an asking price over MSRP on what few cars they do actually have in stock or on allocation. We’ll leave discussion of free market practices to the B&B for now but, in the wake of several announcements this summer ahead of the 2023 model year, it seems manufacturers are upping the table stakes before dealers can even ante.

Hot on the heels of price hikes from manufacturers ranging from BMW to Subaru and more, the Blue Oval has announced a series of sticker increases for the Mach-E. Citing significant increases in material costs and a continued strain on key supply chains, some trims of the all-electric Ford will see their prices increase by amounts that can hardly be considered chump change.

Costs rise across the board. An entry-level Select RWD Standard Range is now $46,895 instead of $43,895 while the all-wheel drive California Route 1 trim now trades for $63,575, which is a significant jump over what’s advertised on Ford’s own consumer site for 2022, though it’s worth noting the CR1 is now all-wheel drive only. And, to be fair, some trims such as the Select and Premium eAWD Standard Range hold the line on their prices for this model year.

Of course, this is not a new technique for Ford. Earlier this summer, the Glass House announced its all-electric F-150 Lightning would wear new price tags going forward. Customers who are interested after the order banks swing open for 2023 will face sticker prices roughly $7,000 greater than they were last year. This means the sub-$40k marketing price point has been broomed, with the entry-level Pro now commanding $46,974. High-zoot Platinum trims now have an opening price of just $3,126 less than six figures, a sum of $6,400 more than its original sticker at introduction.

Ford is upping the level of standard equipment on Mach-E to make up some of the difference. Ford Co-Pilot360 Driver Assist Technology is now standard across the lineup, for example, while some trims receive a complimentary 90-day trial period for customers to experience the feature before choosing to enable it for a longer duration. In other words, it’s become pay-to-play which is a whole ‘nuther topic that deserves its own article.

Engineers also dug around the battery pack of a Premium trim with the extended range battery and found an extra 13 miles of range, bringing the total on that model to 290 miles on all-wheel-drive models. Various and sundry appearance options like Nite Pony and Ice White packages are also new for ’23.