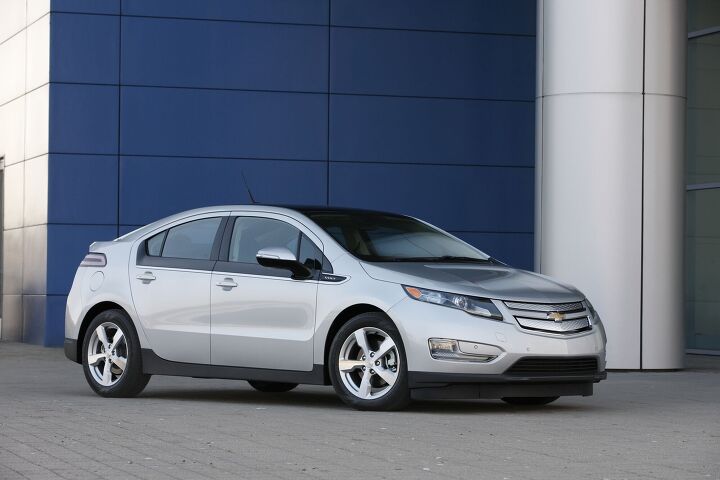 A couple’s recent experience in Florida highlighted an issue that’s bound to become more prevalent as the motoring world leans into its EV future. After experiencing some issues they took their Chevrolet Volt to a dealer in Cape Coral, Florida. It turned out the Volt had a battery issue, and it could be fixed for $29,842. Welcome to the future.

The Chevy Volt in question was a 2012 model, with 70,000 miles on the odometer. Even with low mileage, the battery was on its last legs at 10 years old. In case you’ve forgotten the first Volt, the plug-in hybrid was on sale from 2011 to 2015, and shared the Delta II platform with the likes of the Buick Verano and Chevy Cruze.

Its second generation was on sale from 2016 through 2019, on the revised D2XX version of the Delta platform. D2XX is still in use by the current Chevy Equinox and GMC Terrain. The official replacement for the Volt was the fully-electric Bolt. Presently on sale, the Bolt comes in standard hatchback and EUV crossover flavors.

Though the Volt was on sale as recently as 2019, the battery from its earliest days was discontinued long ago. The first-generation Volt used a 16 kWh battery in conjunction with its 1.4-liter inline-four EcoFLEX engine, but only for 2011 and 2012 models. In 2013 the battery increased to a 16.5 kWh version, in use through 2014. For the Volt’s final year in its first generation, it used a 17.1 kWh battery. Volt came with a powertrain warranty of eight years and 100,000 miles.

The second generation Volt was consistent in its battery usage, and all years had the same 18.4kWh battery pack. The evolution presents an interesting thought for the future: As battery technology is consistently in a state of advancement, OEMs have little incentive to support the old tech. Especially when it’s a car that’s outside the factory warranty.

Hence the issue that arose when the old Volt was brought to the service center at Roger Dean Chevrolet. The official diagnosis for the Volt was that it needed a new battery, and some coolant for the engine. Though it could handle some antifreeze, the dealer was forced to turn to a third-party supplier that specialized in discontinued batteries for a replacement.

Unlike a typical internal combustion engine, battery packs have a shelf life. The battery lifespan in a Volt is typically 10 years, per the dealer. But the battery’s life can be shorter or longer, depending upon how the car in question was used.

Batteries lose their capacity and age over time, even if they’re not being used. Just like in a smartphone, batteries will eventually need replacement. In the case of the Volt, a theoretical owner has approximately two years of usability post factory warranty before their daily commuter surprises them and turns into a useless lawn ornament.

The dealership also cited that servicing the Volt’s battery was not an option. Parts within the battery can fail, and while the battery may technically still have some life left in its cells its parts are integral. That means the entire battery must be replaced. In the case of the Volt, age and rarity led to a very high third-party battery price, at $26,853. And it wasn’t a case of “Just take it to an independent shop instead,” as the dealer didn’t pad the battery figure. $26,853 was what the battery cost from the third-party supplier. After labor and the small charge for engine coolant, the total estimate was $29,842.

USA Today reached out to the dealership to verify the repair quote after the story picked up steam via a Facebook post, and the dealer verified the information as accurate. According to Bloomberg, the Volt was an outlier with regard to its battery costs, as typical EV battery replacements are $6,300. Even a battery replacement in a Ford Mustang Mach-E is only $20,000.

But that figure is $20,000 while the Mach-E is a new car, still in production, with new battery packs widely available. It’s argued that like other technologies, as battery-powered vehicles become more common prices will go down. While that’s likely true in a general sense, battery costs are also dependent upon the cost of the rare, expensive raw materials required for battery production that must be mined from exotic locales.

It brings up an interesting point about the future pitfalls of EV motoring. Shared batteries among various models will help with availability down the road, but only while the model is still in production. And that will only apply to vehicles sold in large numbers by large manufacturers. Ten years on, it’s not economically feasible to spend $30,000 to repair a Volt worth $16,000.

The cost of battery replacements and each EV’s expected battery life will be of utmost importance when considering an EV for long-term ownership or as a used-car proposition. How often it’s charged (via what charging type), how it’s driven, and how old the car is all play a part in the battery’s useful remaining life. The used-car consumer will likely have only the car’s age at hand.

Other manufacturers attempt to assuage battery degradation concerns via their warranties. Chevy offers a 60 percent capacity guarantee over eight years or 100,000 miles. The now discontinued Leaf had a 66 percent guarantee over the same time and miles span.

For the couple in Florida who declined the $30,000 service on their Volt, they’re living on borrowed time. See, even though it has a gas engine, the Volt cannot operate with a dead battery. Wonder if they’ll buy another Chevrolet.

Become a TTAC insider. Get the latest news, features, TTAC takes, and everything else that gets to the truth about cars first by   subscribing to our newsletter.