Porsche IPO Could Happen This Month 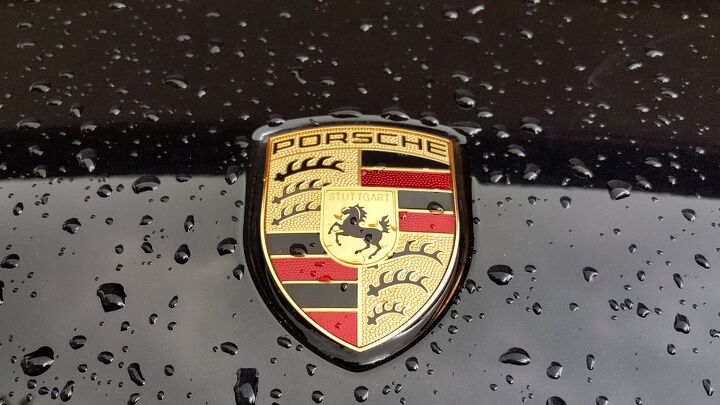 Volkswagen AG is moving forward with its plan to list a minority stake in Porsche, with the latest details suggesting that the initial public offering could manifest by this month – if not early October. It’s set to be one of the biggest IPOs ever. But it’s also sounding like Volkswagen Group may abandon the scheme if the larger political or economic situation continues to sour. Considering the continent’s present trajectory, that doesn’t sound like it’s beyond the realm of possibilities. However, the quick turnaround for the offering may mean VW can get out ahead of any social unrest and financial upheaval. Ideally, the automaker still wants to see the sale happen.

“You never know what will happen regarding geopolitical issues, but if a potential IPO would be stopped now, we are talking about severe problems,” Lutz Meschke, Porsche’s Deputy Chairman and the board member responsible for finance and information technology, explained during a press call. “By then, a potential IPO would not be a real issue.”

Volkswagen confirmed its listing of Porsche AG late on Monday after months of internal deliberation and years of public speculation. Though even the formal announcement made mention that the IPO would be subject to market forces. The media call that took place on Tuesday reiterated the issue, while leadership spun the matter into something positive.

“If a company is able to succeed under these difficult market conditions, it is Porsche,” Meschke stated.

It’s a little difficult to argue with the claim. Porsche is a highly profitable brand with operating profits up 22 percent through the first half of 2022. That’s more than double what the mainstream Volkswagen brand could manage and proves that the sports-luxury division can also drive healthy sales volumes. Investors are estimating Porsche AG with a valuation of somewhere between 60 and 85 billion euros.

“We have shown a huge resilience especially in crisis times,” VW and Porsche CEO Oliver Blume said on Tuesday. “Looking back on the corona crisis, the semiconductor crisis, this year with the Ukraine conflict, we always have been able to show very high profit margins and we think this will be very convincing.”

But there has been some pushback, with allegations of there being a conflict of interest. Just talking about how great and valuable Porsche is means people will be looking at VW shares more favorably. But it would leave the group’s top shareholder Porsche Automobil Holding SE, which is supposed to take 25 percent (plus one extra) share of ordinary Porsche AG stock at a 7.5-percent premium.

Since Blume is reportedly going to remain in charge of both companies after the listing, journalists questioned how this would be dealt with fairly. The CEO said that Porsche’s executive board would simply make all decisions “100 percent on its own.” However, he is not expected to step down from either voting group.

The sale also opens up another chapter in the Porsche and Piech family saga that has underpinned the Austrian–German automotive industry. Having sold the sports-car business to Volkswagen over a decade ago, the wealthy family has been vying to retain control and even attempted to take control of the larger VW in a family drama that probably could have given Dynasty some stiff competition.

Volkswagen hopes to use the funds gained from the IPO to make itself less dependent on tech companies. The company hasn’t issued any firm answers but it looks like the money will be invested back into electrification and trying to monetize modern technologies (e.g. over-the-air updates, in-car marketplaces, customer data harvesting). VW said it already has interested parties, with the rumor mill mentioning names like T Rowe Price, the Qatar Investment Authority, and Red Bull founder Dietrich Mateschitz.