Report: Wholesale Used Car Prices Are Coming Down, Don’t Get Too Excited 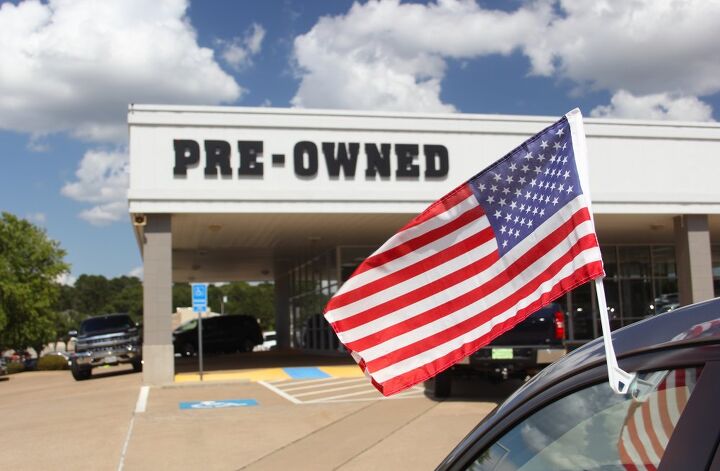 If you’ve started hoarding auto parts in the event that future car prices fail to stabilize, leaving you indefinitely maintaining whatever heap is currently in your garage, there’s some good news incoming. Used vehicle prices have begun to fall, even if they’ve not yet reached the kind of valuations we might actually consider reasonable.

Despite automakers continuing to raise the price of new vehicles, especially EVs, numerous reports are citing that August was the month when North America finally saw a meaningful decrease in wholesale secondhand valuations. Consumers seem to have reached their limit on what they’re willing to pay for a used vehicle and it’s starting to make a difference on the market. But it still might be a very long time before good deals are plentiful.

Sadly, a lot of the problems that created this unsavory scenario in the first place have remained in play. Inflation continues to be a relevant factor and automotive inventories are still low when compared to pre-pandemic levels that represent a more normal market. Dealers have also been issuing markups on just about every model available to them while their customers understandably panic about the economy. But price decreases in the wholesale market witnessed over the summer are likely to foreshadow more agreeable stickers on the lot in the coming months.

The Manheim Used Vehicle Value Index, which is a pretty good metric for tracking secondhand pricing trends, declined to 210.8 last month. While that means valuations are still up 8.4 percent from a year ago (when cars were also ludicrously expensive) it remains 4 percent lower than it was in July of 2022 (on a mix, mileage, and seasonally adjusted basis) and represents a noteworthy wholesale price decline against the 236.3 it recorded last January.

That’s the good news. The bad news is that you probably don’t want to rush out and buy a secondhand car right now because just about every used vehicle you might want is still likely to be trading way above anything you would have seen in 2019. But the Manheim report still claimed that the 11 percent increase in sales witnessed in August (vs July) and lower conversion rate presumably “indicated that the month saw buyers with more bargaining power” for the first time this year.

Taking into account the trends from over the summer, we may yet begin to see secondhand vehicle prices stabilize as we head into 2023. However, that presumes the automotive market continues cooling off, consumers don’t jump the gun, and manufacturers manage to produce new vehicles at a more normal pace. Unfortunately, the industry currently seems incapable of (and sometimes disinterested in) increasing output and we’re already seeing heightened demand – perhaps suggesting used cars may remain a lousy deal well into the future.

But the fact remains that wholesale prices have indeed declined. On Thursday, Cox Automotive (which owns Manheim) also said wholesale valuations dropped by 4 percent between July and August. It likewise had retail supplies averages holding strong at 47 days by the end of last month. While down from July’s 53 days, it’s still better than the 38-day supply experienced in August of 2021. Though that’s another mixed bag of information that would faintly seem to suggest we’re on track for cheaper cars. But it’s all so mired in the economy of today, that it’s easy to forget that all of these numbers would have been considered abnormal prior to 2020.

This point was driven home by an interview between Automotive News and Black Book lead data science officer, Alex Yurchenko — who basically recommended nobody hold their breath. Despite some heartening news in terms of wholesale valuations, Black Book (another Cox property) still expects used cars to be valued 30 to 40 percent above their pre-COVID levels for the next 12 to 24 months. That’s great news if you’re planning on selling and a nightmare if you’re looking to buy.

“We are in this elevated price environment for the foreseeable future,” Yurchenko said. “The main reason is inventory. We’re not going to have the same level of used inventory coming back to the market in the next several years.”

“Depending on how long the chip shortage or overall supply chain issues last, we might see this limited used-inventory environment for three, four or five years, depending on how fast we can get back some normality in the new market.”

That certainly pours some cold water on whatever hopes you might have had about getting a square deal. Here’s hoping you purchased a vehicle in good condition before pricing went insane. Though something about this feels so totally unsustainable that it’s difficult to imagine today’s problems stretching out beyond 2024. We already know low-income households are getting so cash-strapped due to inflationary pressures that they’re effectively bowing out of the automotive market entirely.