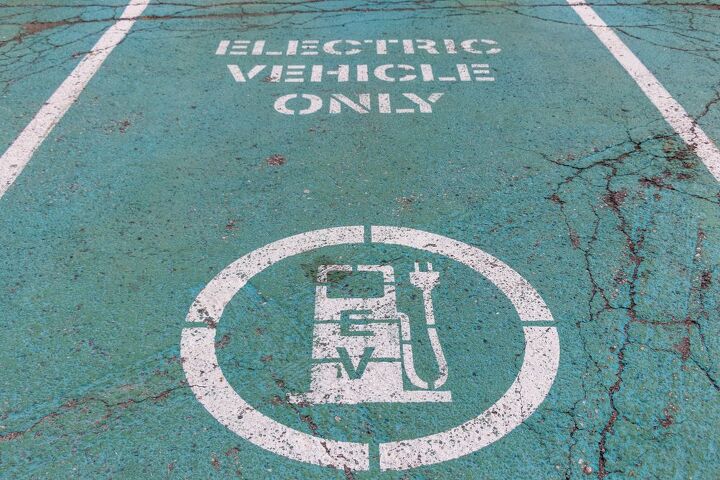 Automakers have been having trouble building much of anything since 2020 began, thanks to a comprehensive breakdown in logistics. But the hype around electric vehicles has made them even trickier to build now that they’re starting to represent a more meaningful portion of the market. Ironically, the industry’s desire to see EVs become more popular seems to be backfiring as nobody seems capable of keeping up with demand.

That effectively makes this article a follow-up to our earlier piece on runaway lithium pricing, as they both help guarantee that EV prices will remain unpleasantly high for the foreseeable future. Though the bigger story may be the fact that the entire narrative surrounding electric cars has started to crumble. Optimism appears to be dying down, with even the most bullish EV supporters starting to notice that the pathway toward ubiquitous electrification is a lot more treacherous than originally assumed.

The Wall Street Journal recently published a report suggesting that the industry simply wasn’t ready for rising EV demand – even though countless automakers spent years suggesting plug-in vehicles would achieve financial and functional parity with traditional combustion vehicles by 2025. That date now seems wildly unrealistic and the industry appears to be scrambling to produce alternative-energy vehicles CEOs claimed would be the future at even a steady pace.

EVs presently account for roughly 6 percent of overall U.S. vehicle sales – if you’re also counting hybrid plug-ins. But that percentage tripled over the last two years, according to Motor Intelligence, and companies have started placing customers on waiting lists that are over a year long for electrified products intended for mass-market consumption.

Edmunds reported that five of the six fastest-selling vehicles in the U.S. were electrics or plug-in hybrids in July. EVs sold in 19 days on average during the month, compared with 47 days a year earlier. By contrast, combustion vehicles (which are similarly in high demand) lasted 23 days on average.

“With EVs, right now it’s like, ‘You build it, and they come,’” Steven Center, operations chief for Kia’s U.S. business. “We’re trying to electrify the lineup as quickly as possible.”

That’s true of practically all manufacturers in 2022. However, everyone seems to be struggling, even Tesla – which has arguably managed to stay ahead of the curve better than anybody.

One of the biggest contributing factors outside industry lobbying groups ( e.g. the Alliance for Automotive Innovation) has been the U.S. government, which has offered a quota-based tax credit system designed to spur EV adoption since 2009. That changed this year, as the Biden administration’s “Inflation Reduction Act” abolished the quota system in favor of an unlimited scheme influenced by price caps, income limitations, and some domestic manufacturing requirements. This has overlapped with similar initiatives floated elsewhere and a global regulatory framework designed to financially punish automakers that plan on building combustion engines in the coming years.

By subsiding EV sales while the industry can’t build them fast enough, automakers really don’t have much reason to keep prices down. But, with the supply chain in such rough shape, they weren’t going to come down anyway. The semiconductor industry remains in shambles after COVID lockdowns stifled production and encouraged many companies to shift away from building microchips used exclusively for the automotive sector. The raw materials for batteries are likewise in short supply and no business entity seems to have yet achieved a major breakthrough in battery production that would make the process significantly cheaper or faster. However, the pressure is still on for automakers to shift toward electrification in anticipation of the coming government bans – most of which are scheduled between 2030 and 2035.

While the industry is keen to lock down battery contracts and even procure the necessary raw materials, most companies are still years away from being able to produce EVs at the desired pace. WSJ noted that Ford launched a task force scouring the world for supplies when the company decided to boost production of the all-electric Lightning pickup in 2021. Meanwhile, General Motors doesn’t seem capable of building more than a dozen examples of the GMC Hummer and Cadillac Lyriq EVs per day, despite it having facilities with the capacity to build nearly 1,000 internal-combustion vehicles per day.

The lapse in chip supply has seriously impacted the industry’s ability to produce all cars. But it’s the ongoing battery shortages, which GM has cited in response to what’s been happening with the Hummer and Lyric, that have absolutely crippled EV turnaround times. For now, the solution has been for the U.S. government to incentivize the construction of new semiconductor and battery plants within its borders. Automakers are likewise working on developing new business partnerships.

For example, GM has a plan to build a new battery plant in Ohio as part of a joint venture with LG Energy Solutions. Ford is also plotting new battery plants, spending an estimated $7 billion on two in Kentucky and one in Tennessee. Unfortunately, factories take years to construct before they’ve produced a single component and still won’t be able to address the deficit of raw materials we discussed last week. The industry needs to fix its supply chain issues today and every proposed solution requires a lot of waiting around and even more spending during a period of economic duress.

The rest of the WSJ piece goes into there being insufficient raw materials necessary for battery production, something we’ve covered extensively in the past. So I’ll save you the rehashing and summarize the present situation as a snake eating its own tail.

While the concept of instantaneous torque and at-home charging is certainly appealing, the industry leveraging electrification to retain more control of the vehicle (via servicing, data sharing, etc.) is a non-starter for me. I’ve also come to the realization that EV batteries don’t really alleviate automotive pollution so much as they shift where it’s coming from and most new models seem to be hulking behemoths with equally monstrous price tags. The more I see of the “electric revolution” the more it appears to be about making money and adhering to government dictum, rather than building a better automobile or actually helping the planet. And the issue just seems to get worse as demand rises.

Obviously, I’m a little skeptical about the premise that swapping to EVs will automatically be better for the average person needing reliable transportation. But it seems like my formerly unpopular opinion has been gaining traction among mainstream outlets. Even the most ardent EV supporters can’t ignore the very visible lapse in production that’s currently taking place, nor the fact that newer EVs carry higher price tags than their combustion-driven brethren. There’s just too much evidence to ignore or obfuscate at this point.

Automakers know that there’s just not enough supply to meet demand, forcing executives to shift away from idealistic promises about mobility to talk about the realities of today’s market. But consumers don’t really need a corporate press conference to understand that, because they’re already witnessing harrowing waiting lists and worsening pricing discrepancies. According to J.D. Power, the average price for an EV was $66,000 in July – up 28 percent from a year earlier. By contrast, internal combustion vehicles retailed closer to $45,000. While that’s still an abysmal 12 percent increase (year-over-year), it highlights the growing disparity between powertrains without the need for further explanation.

That said, the automotive sector still seems to be doubling down on electrification. With so much money already invested and outside pressure urging them to continue, most automakers have billions riding upon the success of plug-in vehicles. Pulling out now would represent a monumental failure, even if the future seems like it will be mired in production constraints and high prices regular people can’t realistically manage.