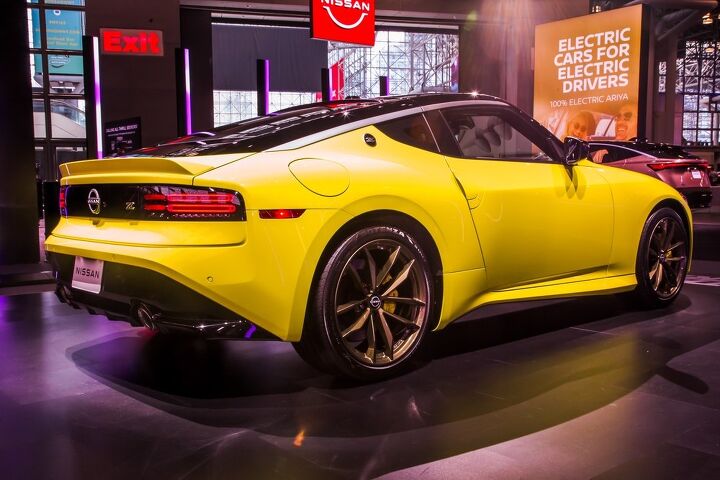 The new 2023 Nissan Z has suffered an embarrassing setback, with the automaker issuing a stop-sale order for all models not equipped with the six-speed manual. Dealers were informed to suspend sales late in August. But it wasn’t until recently that the world caught wind of why.

It seems that Nissan is concerned about the possibility of a roll-away when the vehicle is left in park. Interestingly, this issue also cropped up in some late-model Frontier pickups that happen to share the Z’s nine-speed automatic transmission manufactured by Jatco.

The truck recall involves Nissan Frontiers built from June 10th, 2020 to August 25th, 2022. Similarly affected are Nissan Titan pickups manufactured between December 13th, 2019, and August 25th, 2022. The recall notice states that some 203,223 trucks are affected and states that the “transmission parking pawl may not engage when the vehicle is shifted into park, which can result in a vehicle rollaway.”

While it certainly sounds like the Z is suffering from a similar issue, Nissan doesn’t seem positive about anything at this juncture. There’s not even an official recall for the sports coupe, as the National Highway Traffic Safety Administration (NHTSA) has yet to issue the relevant documents. Meanwhile, Nissan is conducting an investigation to determine what the best course of action will be.

Presently, there’s no official fix for the problem. The pickup recall won’t even result in owners being notified until November, by which time Nissan will hopefully have established the necessary repair protocols.

Though it’s unlikely that it’ll be able to get away with the industry standard of just issuing a software update to buy some time. Considering that the matter is assumed to be the result of a mechanical fault where excessive friction between the wedge and rod fails to engage the parking paw, it’s extremely likely that any fix will require yanking out the entire transmission. That’s undoubtedly going to be an expensive and time-consuming endeavor for Nissan.

For now, the company is recommending that pickup owners apply the parking brake every time they exit the vehicle. This isn’t a bad course of action even when your automobile is in perfect health and something that’s absolutely worth doing if you happen to own a 2023 Nissan Z with an automatic transmission. Obviously, we don’t have to tell owners of the manual variant to do this because they already are.

The danger level for most drivers should be minimal if they’re using the parking brake. Rollaways are pretty uncommon on flat ground due to the laws of physics and parking on a slope is likely okay if you’re taking the maximum amount of precautions. The NHTSA doesn’t have a real sense of how common the defect actually is. But Nissan’s probe into its pickups showed that about 13 percent were affected when sampled.