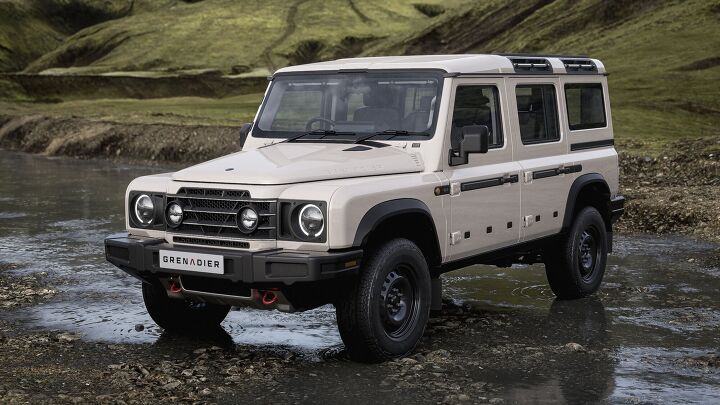 If you had questions about how upstart automaker Ineos would sell its vehicles in the U.S., the company finally has some answers. The British chemical company turned automaker plans to release the Grenadier here sometime in 2023, and it plans to sell them through a dealer network with at least 35 stores in North America.

According to Automotive News, Ineos already has 12 employees in the United States and will at least double that number by January 2023. The automaker has gathered 5,000 reservations in the U.S. and told the publication that its first hires have been in customer experience and marketing to help convert the reservations to paid sales.

Ineos used BMW drivetrain components but says that its connection with the German automaker doesn’t guarantee that we’ll see the SUVs on dealers’ lots. Ineos told Automotive News that it’s looking more at fit and enthusiasm over convenience.

The Grenadier takes a familiar but old-school approach to building off-roaders. Though it will eventually release a smaller electric model, Ineos’ initial offering will feature a turbocharged BMW straight-six, an eight-speed automatic, and a utilitarian interior. Think Land Rover Defender if it hadn’t become so deluxe in its most recent iteration.

When it lands next year, the Grenadier will have tough competition from serious legacy automakers. Ford just released the Bronco Raptor, and there’s always the Jeep Wrangler waiting to snipe prospective off-road buyers. Perhaps the Grenadier’s biggest problem, however, is that the Land Rover Defender exists. With an estimated starting price of around $62,000, the Ineos aligns closely with the Defender’s $53,500 cost of entry.