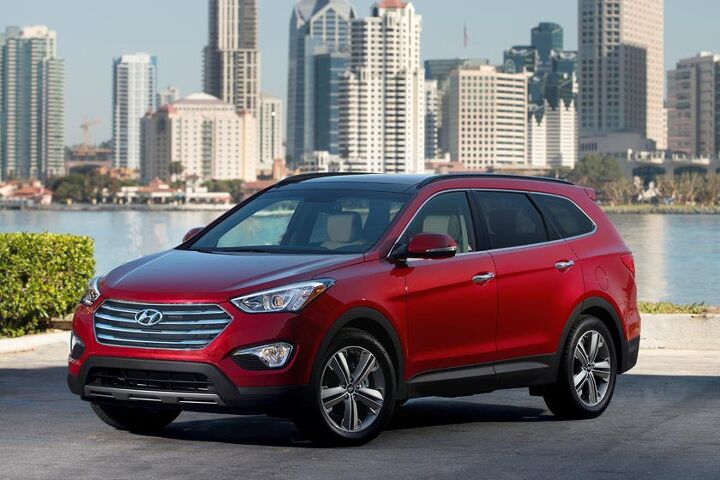 In what’s only the latest in a long history of engine-related legal battles in the form of recalls, individual owner lawsuits, and class action suits, Hyundai and Kia find themselves entangled in the latter once more. This time, the list of the affected vehicles is much larger than in previous instances. It seems the calendar has now crossed the decade mark with regard to major engine issues in Hyundai and Kia vehicles. Oh, and they’re also super easy to steal, too.

Hyundai and Kia’s modern engine issues date back to 2015, and the 2011 and 2012 model year Sonata. A class action lawsuit in May of 2015 alleged the Theta engine in the Sonata was defective. In particular, it was claimed the 2.4-liter version of the Theta II engine suffered from connecting rod bearings issues.

Bearings started to go south in short order, which sent metal shrapnel right into the engine oil and brought the engine to a short demise. In the plaintiff’s case, the Sonata was still under warranty when the engine seized but the dealer declined to perform an engine replacement under warranty.

It was not until September 2015 that Hyundai acted, and recalled around 470,000 examples of 2011 and 2012 Sonatas that had either the 2.0- or 2.4-liter Theta II engine. Hyundai admitted that issues in the manufacturing process of the engines left debris of a metal nature around the engine’s crankshaft, which caused oil flow issues. The metal mixed with the oil and caused damage or failure of the connecting rod bearings. Hyundai sourced the problem to the deburring process (usually electrochemical) used to remove manufacturing debris from the crankshaft.

The second fly in the Theta II’s ointment arrived in 2016. In that instance, the class action suit alleged problems with Kia Optimas made from 2011 to 2014, the Kia Sportage of 2011 to 2014, and the 2012 to 2014 Kia Sorento. Those vehicles were equipped with 2.0- and 2.4-liter Theta II engines with direct injection (GDI in H/K speak). The suit alleged that the injection system had an inherent defect that caused a restriction of oil flow through the connecting rod bearings and other parts of the engine that really do need oil.

The restriction of oil was said to cause issues during the warranty period of the Kias in question, or shortly after its expiration. It was alleged that oil starvation caused stalling and/or engine failure, usually while in motion. The case claimed H/K knew about the engine issues from various sources internal and external but refused to do a recall. Additionally, it was claimed the company declined to reimburse owners who had their engines repaired or replaced on their own dime.

In the background, while Hyundai had not yet admitted there was a problem with the engines, a Hyundai engineer had a conversation with the NHTSA. He told the government entity in August 2016 that Hyundai was aware there were Theta II issues that caused engine knocking and other noises, as well as a loss of power. The employee was a long-term one of Hyundai’s in Korea and had worked there for 25 years.

Hyundai responded by sending the engineer to its internal discipline committee. It also filed paperwork with the central district court of Seoul and claimed the employee leaked secret corporate information (truths) to the NHTSA.

While the second U.S. suit was ongoing, Hyundai announced an expansion of their 2015 Theta II engine recall, which included 572,000 more cars (for a total of 1,042,000). The expansion included the 2013 and 2014 Hyundai Sonata and Santa Fe. Hyundai declared the engines had the same problems as the older Sonatas.

Kia did its own recall early in 2017, around the same time the Theta II recall expanded. According to Kia, there were issues with Kia Optimas made from 2011 to 2014, the Sorento from 2012-2014, and Sportages from 2011 to 2013. These particular examples of the Theta engine had issues with their engine bearings: They wore out quickly and caused a seized engine. Explaining the delay in the matching Kia recall, Kia stated its Theta II engines were made on a different production line than the Hyundai ones and they had different bearing problems unrelated to deburring.

Yet more legal action occurred in April of 2018, with a brand new lawsuit against the Theta II engine. This one was concerned with a different fuel injection issue than in 2016. The case in question was brought by an owner who had engine issues on a 2015 Kia Sorento in 2016. In this case, the Kia dealer asked for oil change records from the customer when it was brought in with a seized engine. Allegedly when records were provided, a technician at the dealership told the customer they did not believe the oil was changed.

Kia denied the warranty claim for the engine, and the dealer proceeded to sell the customer a rebuilt engine for $6,000. That generated the lawsuit thereafter, where the plaintiff claimed the direct injection system on the Theta II caused a buildup of oil and other chemicals on the intake valves. The buildup allegedly reduced power and eventually broke loose from the valves.

Once loosened, the buildup fell onto the piston heads, which then mashed it against the pistons and piston rings. The additional friction caused cylinder scoring, leading to damage via additional buildup. The buildup eventually turned into a sludge, which ruined the engine. The plaintiff claimed that Hyundai and Kia were aware of the oil sludge issue, but blamed it on the use of an aftermarket oil filter installed at an independent oil change shop.

The 2016 Sorento in question is included in the most recent class action lawsuit for the Theta II engine, but this one expands the charges to the companies’ other engine families too. Filed in March 2022, the lawsuit alleges engines from the Theta, Lambda, Gamma, Kappa, and Nu families are all faulty and consume too much oil.

Model years covered under the class action run from 2009 to 2021, and include pretty much everything Hyundai and Kia sold during that time span. The lawsuit says all the engines consume too much oil, requiring owners to check their oil levels constantly. The suit says oil must be added to these engines more frequently than the owner’s manual suggests. In addition to the oil consumption, the suit says oil seeps into areas of the engines where it shouldn’t, and the resulting oily residue damages the engine internals and exhaust and means the engines don’t operate correctly.

Allegedly, issues like carbon buildup, oil sludge deposits, and wear of engine parts eventually lead to a costly rebuild or engine replacement. In the suit, it’s claimed Hyundai and Kia have not honored warranty claims for the engines if an owner can’t provide maintenance records for their car. Further, the suit says that dealers don’t tell customers about oil consumption even when it occurs, but rather ask an owner to proceed with lengthy oil consumption tests over thousands of miles.

There are eight plaintiffs in the 2022 class action suit, from various states across the country. Each of them has different models which they claim consume too much oil. Plaintiffs say Hyundai and Kia can’t repair the engine consumption to satisfaction, and that the company has not compensated owners who must continually dump oil into their engines.

More recently, another class action was filed by Canadian customers who allege similar oil consumption to those in the US. The list of models for that case is very similar to the one over the border. The Canadian suit is still new and was filed in July 2022. We’ll keep you updated on this developing story. If a recall is performed it would include some 15 million vehicles in the US alone.

We did reach out to Hyundai, and a spokesman replied: “At this time, we cannot comment on pending litigation.”

Become a TTAC insider. Get the latest news, features, TTAC takes, and everything else that gets to The Truth About Cars first by  subscribing to our newsletter.