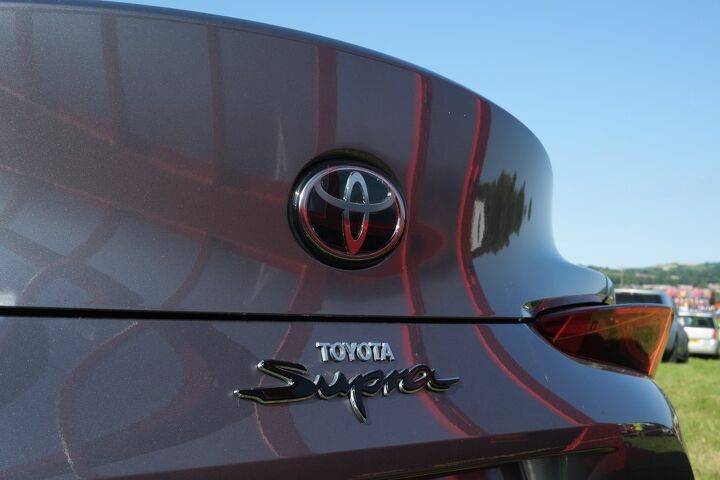 Despite helping mainstream electrification with the hybridized Prius, Toyota still isn’t “all-in” on EVs. This is counter to the corporate rhetoric shared by many automakers and governments around the world. But CEO Akio Toyoda doesn’t see customers jumping onto the bandwagon as quickly as Toyota’s industrial rivals originally assumed.

That’s not to suggest the Japanese company is completely snubbing EVs, however. Toyota plans on offering a mix of all-electric, hybrid, and traditional gasoline vehicles for the foreseeable future. It’s even throwing some hydrogen-powered cars into the mix for good measure. But an all-electric lineup seems to have been taken off the table of possibilities.

“[Battery-electric vehicles] are just going to take longer than the media would like us to believe,” Toyota was quoted as saying to dealers gathered in Las Vegas.

The grandson of Toyota’s founder added that the company would offer the “widest possible” variation of powertrains, noting that it’s what consumers would want before adding that the matter was not subject to change.

“That’s our strategy and we’re sticking to it,” he said.

Bloomberg noted that this stance has gotten Toyota into trouble with select groups. Greenpeace has placed the company at the bottom of its ranking of global automakers’ “decarbonization efforts” and the business has gotten pushback from pro-EV shareholders. But Toyota leadership has held firm on the position, often reiterating that the industrial landscape may not be as clear as its rivals assume or that it’s just thinking about the needs of today’s customers.

Criticisms have also been made about the Prius, a vehicle that formerly served as the poster child for green automobiles. In 2014, anybody who wanted to look like they were saving the environment bought a Prius. Today, those people buy EVs – leaving the Prius to be consumed by Uber drivers and regular commuters focused on maximizing fuel economy.

“The fact is: a hybrid today is not green technology,” Katherine Garcia, director of the Sierra Club’s Clean Transportation For All campaign, alleged in a blog post last month. “The Prius hybrid runs on a pollution-emitting combustion engine found in any gas-powered car.”

Presumably, Garcia is unaware that EVs also produce pollution-emitting combustion when their batteries are being manufactured and whenever they’re charging on a grid that’s reliant on fossil fuels. But that hasn’t stopped critics from suggesting Toyota is clinging to the vehicle like a shield, whereas companies like General Motors have made formal commitments to phase out anything that isn’t battery-powered by 2035. Of course, GM’s next big electric will be the three-ton GMC Hummer – a vehicle that seems to wallow in its own excessive nature.

Meanwhile, CEO Toyota Toyoda has expressed an ongoing skepticism that manufacturers will be able to achieve the California mandate that will effectively ban gasoline-fueled vehicles by 2035 and require a substantial portion of every company’s sales to be EVs by 2030. The European Union has a nearly identical timeline in place with New York State introducing similar regulations just this week. But while the pressure mounts, Japan’s largest automaker doesn’t seem interested in changing course.

“We have to look at the current price range and infrastructure availability and at what pace they’re going to be upgrading,” he continued. “Realistically speaking, it seems rather difficult to achieve.”

Last year, Toyota pledged to spend 4 trillion yen ($28 billion USD) to deliver 30 electric vehicles by 2030. While that’s hardly chump change, Bloomberg reported that the figure is less than half of the $50 billion pledged by Ford Motor Co. through 2026. Toyota is well aware of this and has previously suggested that his company may just be better at spending its money wisely.

“Our investments may appear smaller than others’, but when you look at what Toyota has been doing over the last 20 years, the total amount might not necessarily be small,” he said.

While we cannot say with any certainty that Toyota-san is correct, there have been a lot of logistical issues standing in the way of global electrification. Despite years of heavy government incentives and mounting social pressure, procuring the resources necessary for battery production has remained difficult. It’s actually been so troublesome that EV prices have remained substantially higher than their internal-combustion counterparts. Meanwhile, charging technologies seem to be advancing at a slower pace than originally hoped and much of the planet presently lacks a comprehensive charging network that would work for places where people tend to cover a lot of ground in a personal conveyance.

We’ve likewise been getting hints that other automakers may be losing faith in near-term electrification as well. While Volkswagen Group was among the first legacy automakers to formally commit itself to fleetwide electrification, it has had serious issues bringing its first EVs to market. The VW subsidiary that was supposed to be leading the charge – Audi – has also started to soften its language on the matter as well.

Earlier this week, the Technical Project Manager behind the Audi RS5 also told CarBuzz in an interview that he believed internal combustion engines would remain in play well beyond 2030. But this was roughly a year after the brand had announced it had already stopped developing new combustion engines in order to meet the upcoming Euro 7 emission standards. The company is also working on synthetic fuels that may help it circumvent regulations by delivering an allegedly cleaner-burning alternative to gasoline or diesel.

Considering the failures of earlier bio-fuels (e.g. corn-based ethanol), it may be wise to be skeptical. But it’s an alternative route for Volkswagen Group to take – and one the automaker seems quite interested in.

As for Toyota, nothing seems to be off the table just yet.