Stellantis Introduces Circular Economy, But What Does That Mean? 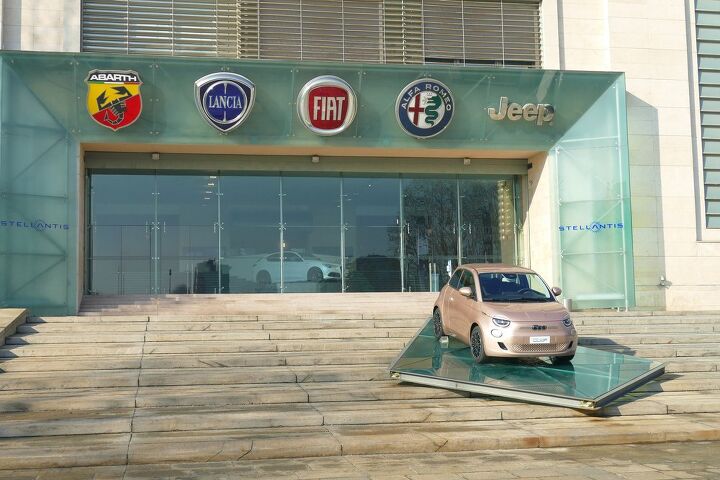 Stellantis has announced a new business unit dedicated to fostering a “circular economy” that should help it reach carbon neutrality by 2038. The arm is also supposed to net the automaker a breezy €2 billion ($1.95 billion USD) in revenue while setting itself up to have more direct control of its products in the future.

But what the hell is a circular economy in the first place and why is Stellantis (and a slew of other automakers) so interested in having one? While the terminology varies, sometimes existing under the catch-all term of sustainability, the theory is more-or-less the same. Manufacturers want to monopolize ownership wherever possible to maximize profitability, often under the guise of environmentalism. Stellantis just happens to be offering its own unique flavor here.

Though that doesn’t automatically mean there’s not a chance the plan could result in reduced pollution on a long enough timeline. While widespread electrification is starting to look a lot less environmentally sound than everyone initially assumed, the general premise of being less wasteful in general remains a valid way to reduce pollution and it’s being incorporated into Stellantis’ overarching plan.

“Stellantis is in the race to build a sustainable and profitable business based on circular economy principles in the markets where we operate,” said Alison Jones, Stellantis Senior Vice President, Circular Economy Business Unit. “We have skilled colleagues and trusted partners tackling our current activities. With our 4R mindset, we are now scaling up with an intense rigor, building our capabilities, teams and facilities, while creating a smart, integrated ecosystem to better manage material scarcity and our drive to carbon net zero.”

The “4R mindset” involves focusing on allowing key concepts to flourish within future business efforts. Stellantis said these individual items included Remain, Repair, Resume, and Recycle – with each of the themes already having real structural backing for how they’re implemented.

Remain entails the company taking “used, worn or defective parts” so they can’t be “dismantled, cleaned and re-manufactured to OEM specifications” presumably so they can be resold. Repair is not all that different, with Stellantis focusing on reinstalling new parts into the vehicles that need them while also offering refurbishment services that can breathe new life into older models. Meanwhile, Reuse seems to be focusing on harvesting good-condition parts from a vehicle that may not be worth fixing or adapting these components for other uses (e.g. pulling out an EV battery so it can be sold as a solution for home energy storage).

While this all sounds a lot like it should fall under Recycle, that particular corner of the 4Rs is focused more on melting down components and raw materials that couldn’t otherwise be used so they can become the raw materials for new products. It also doesn’t fall under the €2 billion Stellantis anticipates from the program, suggesting that its battery recycling efforts likely won’t ramp up until 2030.

The concept is just a portion of the company’s broader Dare Forward 2030 strategic plan that’ll reshape the business. Stellantis has announced the formation of seven separate entities in varying detail thus far. Some exist to assess the former FCA brands, obtained in the merger and given a 10-year timeline to prove themselves to the new investors. Others, like the 4R strategy, exist “to meet the Company’s ethical responsibilities for the future, and to bring financial value.”

The French involvement is palpable, with leadership saying the plan is represented by the Citroën Oli concept (pictured above) we covered last month. The vehicle itself is a minimalist, multi-purpose, EV loaded up with a lot of interesting ideas and several truly bizarre ones. It’s also designed to be manufactured as cheaply as possible with the ability for customers to continue returning to Citroën to source replacement parts or provide the necessary maintenance to maximize its lifespan before comprehensive recycling takes place.

As for the chances that this will inevitably lead to Stellantis (or any other automaker) becoming a carbon-neutral entity, your author has some concerns. Large, multinational businesses tend to run much less efficiently than leaner, meaner, and more localized alternatives. Studies have repeatedly suggested that a small number of business entities produce the vast majority of the world’s emissions. Extrapolated into actual people, that means that the richest 1 percent of the world’s population (roughly 63 million individuals) create twice as much pollution as the bottom 50 percent (representing 3.1 billion people).

Some will undoubtedly say that’s further proof that the biggest automakers need to swiftly implement climate action plans. But others will be suspicious that the overarching plans often result in these businesses (which aren’t always automakers) finding new ways to monopolize the industry (think ESG scoring). This is less clear with Stellantis, which does introduce a few concepts that seem like they could actually help mitigate pollution. But the general trend among automakers has been to find new ways of retaining control of the vehicles they’ve sold and the customer data they’re now harvesting. Ultimately, Stellantis is pitching a “circular economy” which means it’ll be at the very beginning and end of every vehicle’s lifecycle and ensuring it profits from every single transaction.

For example, Stellantis plans to introduce “Circular Economy Hubs” all across the globe. The first of these will be located in Italy and finish construction in 2023, hosting vehicle reconditioning, vehicle dismantling, and parts re-manufacturing activities while also figuring out how to expand on the company’s “cradle-to-cradle” business model in Europe. It’ll likewise be working with Aramis, a European leader in the online multi-brand purchase and sale of used cars, to help Stellantis scoop up and “refurbish” older models. It sounds a lot like a traditional dealership, except this one will be owned exclusively by the automaker and offer additional services designed to keep products from spending time outside its domain.

There will also be an effort made to localize production (at least in terms of parts) where possible. While this sounds like something that may help reduce manufacturing emissions, at least as far as the shipping is concerned, Stellantis said it was likewise an important step in the implementation of the Circular Economy Business Unit’s larger plan and would help “quadruple extended life revenues for parts and services and increase recycling revenues by 10 times by 2030 as compared to 2021.”

One item that was curiously absent from Stellantis’ announcement, however, was any mention of shared ownership. We’ve seen other manufacturers float the premise of shared vehicle ownership in the past and it’s often a hallmark of other businesses pitching circular economies. In the automotive realm, sharing is sometimes seen as mandatory in terms of EV batteries as there are concerns about the long-term availability of rare-earth elements. However, the “sharing” still results in large corporate entities retaining ownership of the relevant commodities, as they would have to be for this to be a true closed-loop system. A circular economy arguably cannot even exist without the participating business utilizing alternative energy sources it also happens to control.

Perhaps Stellantis glossing over this item means that it’s not interested in the premise. It hasn’t been all that popular with consumers in the past, so there’s a chance leadership opted to avoid any potentially perilous language. Expect to see more about Dare Forward 2030 and Stellantis’ circular economy in the years to come. Of course, that assumes the manufacturer intends on sticking with the program, consumers don’t revolt against the broader scheme, and the plan was more than idyllic corporate messaging designed to con people into thinking that the world’s fifth-largest automaker is more concerned with helping the environment than turning a profit.

That said, this outlet is not totally devoid of sympathy. For all the criticisms we’ve launched at today’s automakers, they’re having to contend with an increasingly restrictive regulatory landscape and Stellantis moves a lot of product in places like Europe – where the government has introduced increasingly harsh emission laws and a New Circular Economy Action Plan that’s supposed to show the pathway forward to a “climate-neutral, competitive economy of empowered consumers.” Though whether or not that’ll be the end result of these constantly evolving environmental schemes has yet to be determined.