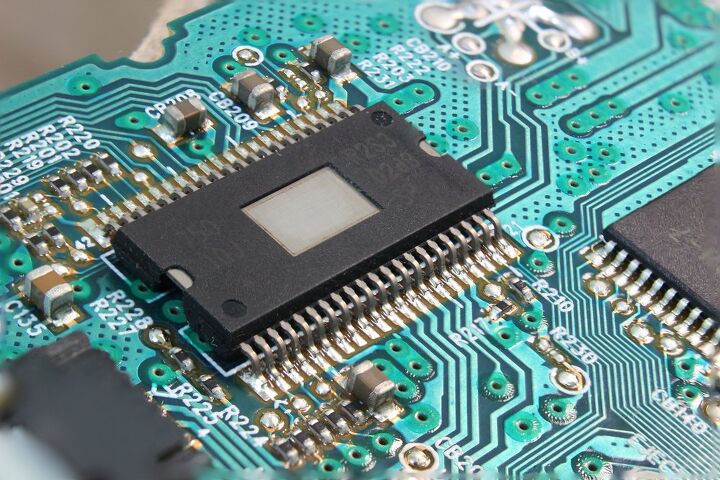 Stellantis CEO Carlos Tavares has suggested that the global semiconductor shortage will persist through 2023.

“The situation will remain very complicated until the end of 2023, then will ease a little,” he told French outlet Le Parisien over the weekend, adding that “semiconductor manufacturers have an interest in making business with us again, especially as they’re raising prices.”

It’s not great news for car shoppers who have been waiting for a more favorable market to buy from and mimics some of the language floated by a few other auto executives, despite analysts looking torn on whether or not the issue could be resolved by the end of 2022. However, Citroën and Peugeot (both Stellantis properties) still seem to be suffering rather badly. Whereas domestic nameplates seemed to have it the worst in the early days of the shortage (e.g. Ford, Chevrolet, Jeep), some of the strife seems to have migrated to Europe since then.

But let’s take a step back to discuss how we got here and whether or not Stellantis’ problems are unique, or just another aspect of the overarching industrial nightmare in which we’re currently living.

Asian suppliers were already seeing production hardships due to raw material shortages dating back to 2019. Prior to that, there were some minor upsets stemming from the U.S.-Chinese Trade War. But the bad times didn’t really kick off until world governments began imposing manufacturing restrictions in response to COVID-19. This is the finger that pushed over the first domino, with cascading and continued supply chain disruptions being the end result.

By April of 2020, automotive production had ground to a halt, dealers had closed their doors, and almost everyone had stopped buying new cars. However, the semiconductor industry was already reeling from the aforementioned issues and noticed that smart devices, tablets, phones, and other small electronics were still being purchased by people now stuck indoors. Manufacturers chased the money and fewer chips were reserved for the automotive sector – which set the stage for all-new problems when vehicle production resumed.

Unfortunately, chip producers had just spent the majority of their year idle and had to rush to navigate increased pressure from various business sectors that were all undergoing similar hardships. But not before several semiconductor firms suffered disasters that resulted in further setbacks. In 2020, the Japanese-based Nittobo and Asahi Kasei Microdevices (AKM) both endured fires that impacted the industry’s ability to manufacture chips at the desired scale.

The following year would also see the Renesas Electronics Corporation suffering prolonged blackouts, followed by a fire of its own. At the same time, Texas power outages (stemming from winter storms) prohibited domestic chip production for Samsung, Infineon, and NXP. Later in 2021, Germany and its neighbors would likewise see limited access to energy – stifling chip production at Bosch, GlobalFoundries, and Infineon.

But it doesn’t end there. China, which is responsible for a lot of the older semiconductor technology used around the world, began implementing widespread, government-mandated energy reductions that would negatively impact supply chains by September of 2021. This overlaps with sustained lockdowns and a period of drought (limiting hydroelectric power) in some regions, while other parts of Asia were flooded by typhoons. And the situation hasn’t gotten much better in 2022, with Europe and China seeing worsening energy constraints going into the winter months.

Considering all of the above, it’s easy to see why automotive executives don’t expect things to improve until 2024. However, that doesn’t excuse the automotive sector’s inability to address the broader problem. By outsourcing such a large amount of its manufacturing requirements, the industry has found itself in real trouble. With the notable exception of Tesla, production targets have been absolutely unreachable for automakers. But even the United States’ purveyor of premium EVs had to admit that its third-quarter sales weren’t quite what was expected. Tesla leadership attributed the shortfall to deliveries that “lagged way behind production due to logistic hurdles.”

You’re probably assuming that chip producers will simply do what they can to increase their output, especially since the demand is obviously there. But you’d be forgetting that the entire global economy just spent nearly three years figuring out how to maximize profitability under diminished production schedules. For many business sectors lacking substantial organic competition, it may not be in their best financial interest to redouble their efforts.

Last month, Intel CEO Pat Gelsinger told Fortune that the semiconductor industry had already transitioned to newer chips and had little interest in going back to building the older ones used by the automotive sector. His reasoning was purely financial.

“It just makes no economic or strategic sense,” Gelsinger said from the floors of the German International Motor Show – an event he allegedly came to just to convince carmakers to run with newer chips. “Rather than spending billions on new ‘old’ fabs, let’s spend millions to help migrate designs to modern ones.”

The Intel executive claimed that few established suppliers are going to want to take the risk of diving back into older technologies that run the risk of being phased out in a few years. This was something Enrico Salvatori, president of Qualcomm Europe, appeared to agree with. He similarly alleged that suppliers aren’t going to want to backtrack and run with contracts for older hardware.

“For the foundries, investing in the old technology is much less attractive, because sooner or later there will be a migration to the new technology,” Salvatori explained.

But the cars of today still need those older chips. In most cases, a model cannot simply be updated to accommodate the newer equipment. The cost of such an endeavor is also likely to be exceptionally high and ultimately not worth it to automakers. Mr. Salvatori made no bones about this and said he is actively working with the car industry to accelerate the transition. But it’s going to be easier said than done.

“The new technologies are not pin-to-pin compatible, it’s not plug and play,” he said. “You have to redesign the circuit, build a new board that might have to be re-certified; maybe there’s some impact on the mechanical side that then could affect the car’s chassis. So there is a domino effect of action needed.”

So, in addition to supply chain constraints that seem to reemerge whenever any improvements are seen, some of the biggest players in the semiconductor industry no longer want to build the kind of chips the automakers want. Frankly, it’s starting to feel like nobody even wants to fix this problem – practically ensuring that supply chain constraints will persist well into the future. The only real silver lining is that the United States now realizes that roughly 75 percent of the chip industry is located in Asia and has taken steps to try and localize production via a sizable investment into new factories from Intel and the Taiwan-based TSMC. However, neither of those plants is likely to come online until 2024.