Honda Shares Images and Details for the 2024 Prologue EV 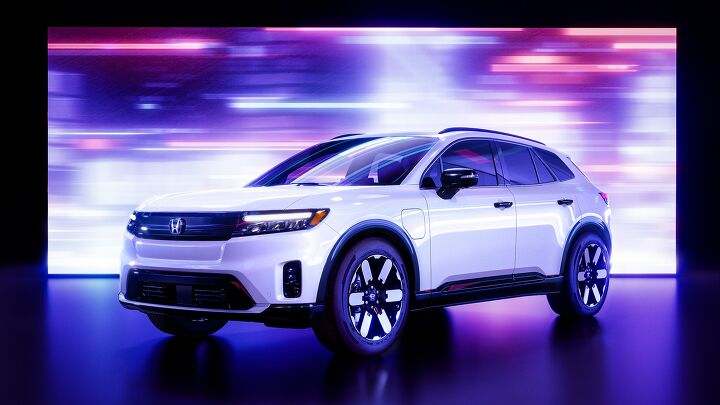 Honda has dabbled in EVs, but its first mass-market model doesn’t go on sale in the U.S. until 2024. The Prologue will be the inaugural Honda EV for our market, and today, the automaker shared details and images of the new SUV.

Using what it calls a “neo-rugged” design direction, Honda penned the Prologue using inspiration from the Honda e EV. It’s positioned above the CR-V and alongside the Passport in the Honda lineup and is around the same size outside as its gas-powered counterpart. Honda hasn’t shared interior dimensions yet, but the Prologue’s 121.8-inch wheelbase is almost a foot longer than the Passport’s, which should afford generous interior passenger and cargo space.

The Prologue’s cabin features an 11.3-inch infotainment display and an 11-inch digital gauge cluster. A panoramic roof and a unique charcoal/light gray interior theme inspired by “fresh fallen snow on the mountains.”

The Prologue doesn’t go on sale until the 2024 model year, but Honda sees an opportunity to prime buyers for the full EV experience with the CR-V Hybrid. The automaker says it will push a special two-year lease deal in zero-emissions states and hopes to increase Hybrid sales to account for half of the overall CR-V sales.

Honda developed the Prologue with help from General Motors and will release a line of affordable EVs with the American automaker starting in 2026. Despite its sluggishness in moving toward electrification, Honda says it will introduce 30 new EVs globally by 2030 and plans to transition fully to electric vehicle sales by 2040.