C That? Chrysler Has One Last Fling With the Hemi-Powered 300C 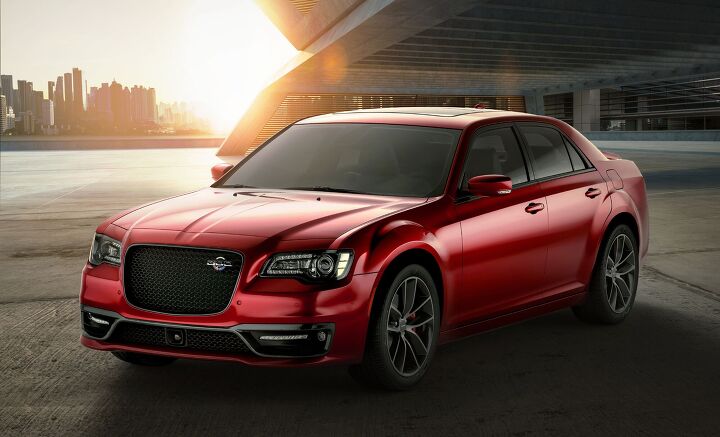 Fans of four-door sedans with outsized powerplants will have one more chance to put their name on the title of a Hemi-powered Chrysler 300C. Set to be produced for just the 2023 model year, this brute in a suit is intended to be a 392 cubic-inch farewell to Chrysler products on the LX platform.

Sure, it’s a platform with roots dating back to when Adam was a boy – but there’s no denying the fact that products built using these bones have been very popular with a certain demographic. Dodge is doing their own thing with a septet of special edition Charger/Challenger models, and it appears Chrysler wants in on the action. This 300C will be powered by the 6.4L Hemi V8, making 485 horsepower and near-as-makes-no-difference like amount of torque. This mill, also called the 392 (which, despite reports, is not the average credit score of most Chrysler customers), is allegedly able to hustle the 2023 300C to 60 mph from rest in 4.5 seconds and turn the quarter mile in a shade under 12.5 seconds.

The cabin of this car will look very familiar to anyone who has set foot inside a 300 at any point over the last decade. Interior addenda has been added in the style of carbon fiber, while black Laguna leather seats sport an embossed version of the 300C logo. These 300 sedans will also use up Chrysler’s stock of 19-speaker Harman Kardon sound systems, red Brembo-branded brake calipers, and limited slip rear diffs. An active exhaust system ensures the neighbors will hear you fire this beast up on a cold morning – or any morning, really. You’ve noticed the off-center tri-color 300C badge on the grille by now, right?

Chrysler intends to make 1,000 of these cars, painted either Gloss Black, Velvet Red, or Bright White. Individual production numbers aren’t available but it is reasonable to suggest it’ll be a roughly even ratio of the three. The brand has managed to sell 7,582 copies of its 300 sedan in the first half of this year, down 31 percent from 2021. As recently as 2018, Chrysler sold nearly 50,000 of the things per annum.

Become a TTAC insider. Get the latest news, features, TTACtakes, and everything else that gets to the truth about cars first by  subscribing to our newsletter.