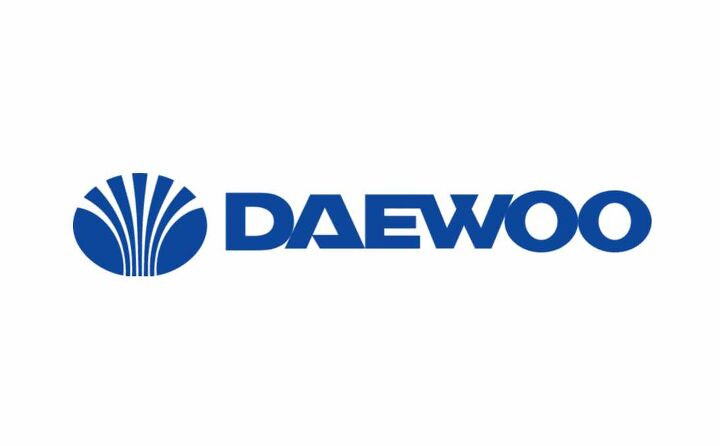 Sometimes all it takes is a Tweet to generate a new Abandoned History series. A seemingly simple request: coverage of some GM models from the early 2000s, specifically a Daewoo. But there’s a long, winding, and dramatic history behind Daewoo Motors. The company’s origins trace back to the 1930s, and the very first Korean car.

Throughout the ensuing decades, Daewoo Motors was formed, reformed, bought and sold, and generally passed around in Korea. Along the way, it offered other brands’ vehicles, its own, and even purchased a smaller carmaker. So sit back and relax as we travel to Korea in 1937, during the latter part of the country’s Japanese occupation.

The very first automobile company in Korea was established in 1937 and called National Motor. Located in Incheon, it’s unclear what vehicles the company produced in its earliest days. Likely it was a version of an early Datsun, which itself would have been a version of an Austin product. By the Fifties, Datsun developed their own line of cars, including the very first Bluebird, the 310. Take a look, it’s the car that eventually became the Maxima.

The Bluebird arrived in 1959 in Japan but did not enter Korean production until the end of its home-market life. Korea was no longer under Japanese control, but ties between the two countries still ran deep. As it geared up to become a fully-fledged car company, National Motor changed its name to the more Korean-sounding Saenara Motor. The company’s history at the time was quite dramatic.

The name change occurred in late 1962 and reflected the company’s new, modern direction (more on that in a moment). Saenara had just built its own modern factory and was bolstered and supported per the Automobile Industry Promotion Policy announced by the South Korean government earlier that year. But getting to that point wasn’t an easy task, as the government’s policy was a heavy-handed one

Importation of any fully-assembled automobiles was immediately banned. The law also offered subsidies to parts manufacturers and auto assembly firms and additionally exempted them from tariffs placed on parts importation. It didn’t matter if the parts that went into the cars were Korean, but it was very important the parts were made into vehicles on Korean soil. And there was more heavy-handedness from the government to come.

As soon as the law was enacted, the Minister of Trade and Industry was granted the power to dictate one company in the country that was allowed to build passenger cars. The right was not handed to Saenara but instead went to a company called Sammi Corporation. But that didn’t last long.

There was an immediate accusation that Sammi made political contributions to the government, perhaps to sway the manufacturing right in their favor. In a historical moment that was most certainly a conflict of interest, the allegations on the contributions came directly from Saenara. Said allegations were evidently credible, as manufacturing preference was given to Saenara Motors instead.

Saenara had its government permission but immediately needed assistance and money from outside sources to prepare a manufacturing facility. Saenara quickly executed an agreement with Nissan, which had three major tenets: Technology, money, and a car.

The technology part was assistance in building a modern factory, a prospect with which Saenara had no experience whatsoever. Construction began on a new factory in Incheon, a larger city in the southeastern portion of South Korea. Saenara could only afford to build the factory because of a massive $35 million ($345,655,331 adj.) loan from Nissan, likely secured by the fact that Saenara would own the entire car market in Korea.

Finally, knock-down (CKD) kits were provided by Nissan, specifically of the old Bluebird 310. The kits cost Saenara ₩130,000 in 1962. That’s about ₩9,654,482 today, or $7,168 in US dollars. Saenara assembled the kits and produced the first-ever South Korean automobile, the Saenara Bluebird.

It sold for ₩250,000 ($13,785 adj.) and provided a nice 49 percent margin for Saenara. The money allowed Saenara to service its debt to Nissan, and to provide large sums of donations to the Korean government. Said bribes were used to keep Saenara in the favor of government officials and keep its manufacturing mandate intact.

It’s important to consider the importance of the Datsun Bluebird at this juncture, as it formed the basis for the entire South Korean passenger car as an entity. A huge impact for such a small, affordable sedan that was already at the end of its useful commercial life when it arrived as the Saenara. Though it was a successful (and the only) Korean car manufacturer at this point, the independence of the entity that would eventually become Daewoo was at its end.

The Saenara Bluebird was produced for a very short time. In early 1963, the Korean government noticed there was not enough foreign money flowing into the country. To correct this imbalance it reached out to Saenara and banned the company from purchasing any more kits from Nissan. With no other recourse, Saenara finished the remaining kits it had on hand and ceased production in May 1963.

Saenara built cars as an independent automaker for about seven months in total. During that time it sold 2,773 examples of the Bluebird. Unsurprisingly without anything to build, it declared bankruptcy shortly thereafter in July 1963. The devalued entity fell under shared control of the Trade and Industry ministry, and the Commercial Bank of Korea (now Woori Bank). No word if Nissan was paid back its loan money.

Enter a new company: Shinjin Industrial. Shinjin began as a parts manufacturer in 1954 and branched out in 1958 when it became a contracted rebuilder of U.S. Army vehicles. Through its rebuilding experience, Shinjin learned the ins and outs of Jeeps, and how to build vehicles generally. As Saenara had defaulted and there was no Korean car manufacturer in 1963, Shinjin decided it would build some cars.

Apparently, Shinjin’s assembly was small enough to remain under the radar (or perhaps palms were greased) as it operated without a government mandate. In November of 1963, it started producing the Shinjin Shinsungho, a copy of the Saenara Bluebird that was fitted with a Jeep engine instead of a Nissan one. Shinjin continued building this copy until 1966, but only 322 examples were produced during its four-year timeline.

During that time, the Korean government conducted internal discussions about how to move forward with a new automotive plan. The new Automotive Industry Promotion Law of late 1964 saw increased centralization: Rather than a sole automotive producer and various component manufacturers, the new singular company would make all automobiles, parts, and components and be all-encompassing.

From there, two different versions of history emerge. The first stated that Shinjin immediately made large contributions to the political party in power to secure the manufacturing award. The other said that the government decided Shinjin was in the best place from a technology perspective (as a rebuilder of Jeeps) to move forward with automobile and component manufacture. Choose which version you like best.

Perhaps the government saw the quality of the very few Jeep-powered Shinsunghos that were produced and knew the Bluebird could continue in production with little delay since it was in possession of the Saenara plant. But the little Bluebird never saw production again, as Shinjin went a different route entirely with the production of its first car. We’ll pick it up there next time.